“These will be flying off the shelves hopefully,” said Urban Candle Company co-owner Chris DePalma as she trims wicks on her ‘Christmas Sweater’ and ‘Pine Forest’ scented candles at her store in the 5800 block of Macklind Avenue in the Southampton neighborhood on Thursday, Nov. 18, 2021. DePalma opened her store cautiously last November in the middle of the pandemic but sales were strong. “While the pandemic has been tragic for the whole world, people are home burning candles.” Photo by Robert Cohen, [email protected]ch.com 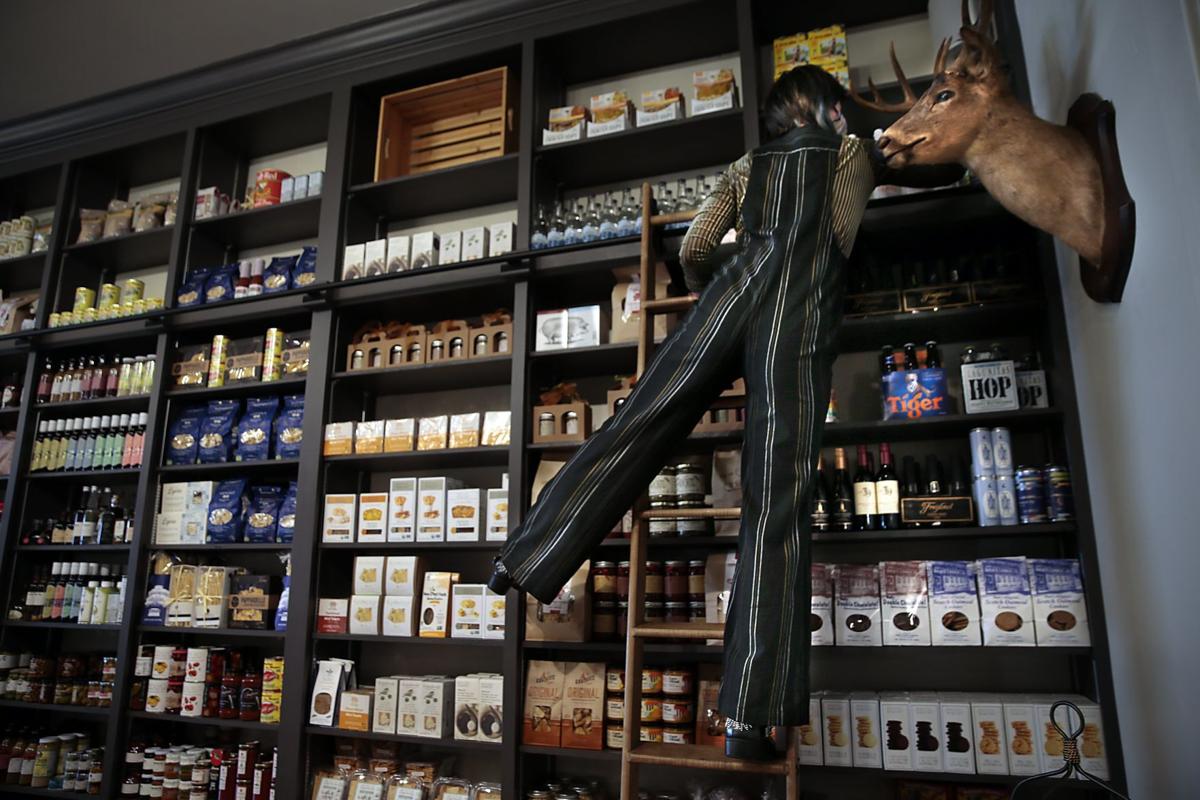 Retail clerk Mackenzie McAfee reaches for beer to stock the cooler at The Annex in Webster Groves on Monday, Nov. 22, 2021. The shop specializes in locally and regionally produced food items for gift boxes. Photo by Robert Cohen, [email protected] 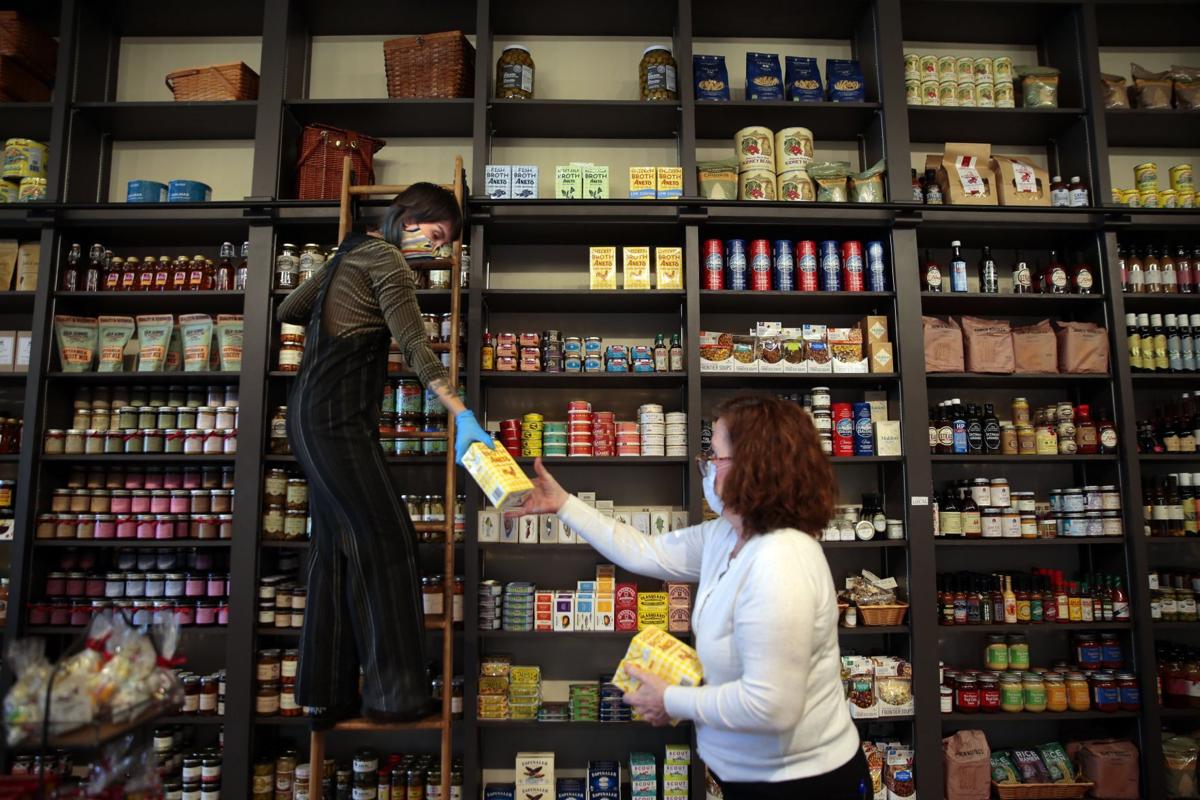 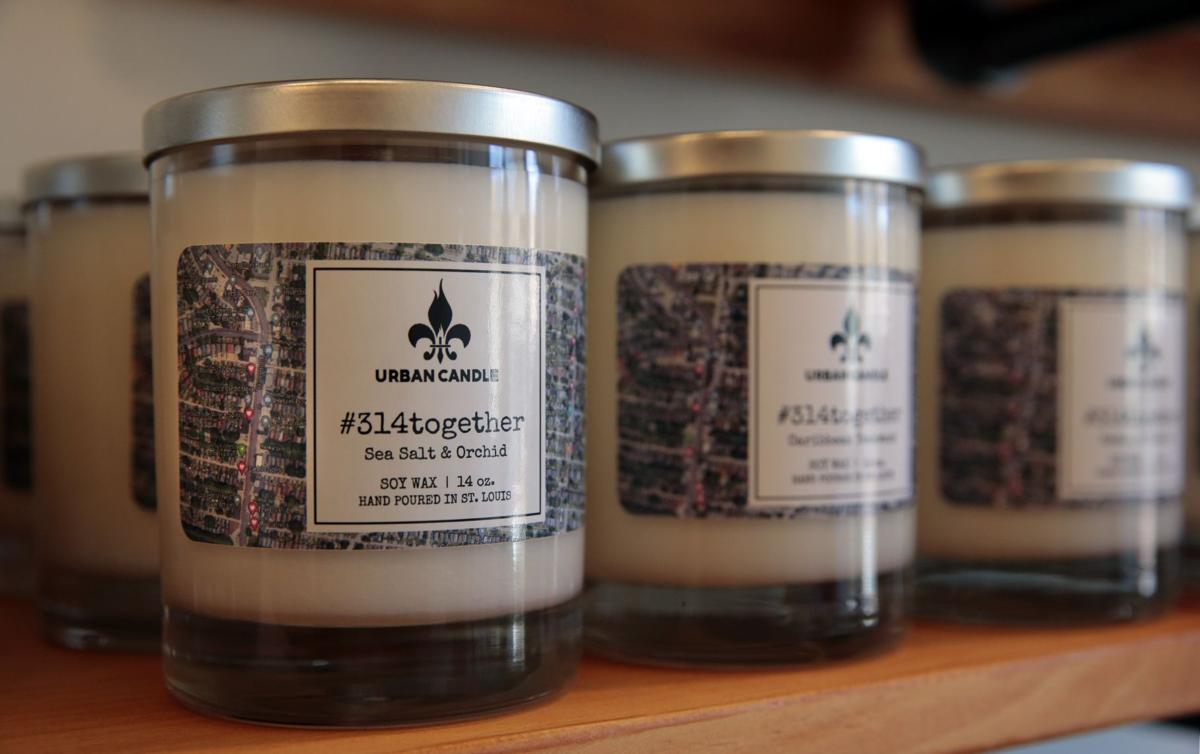 The #314together candle was made by the Urban Candle Company to support COVID-19 relief efforts. Owner Chris DePalma said they originally made 25 but have sold at least 500. Profits go to the United Way/Ameren coronavirus relief funds. Photo by Robert Cohen, [email protected]

MAPLEWOOD — It’s hard to overstate how big of a deal the holiday season is for Julio Zegarra-Ballon.

His two fair-trade Zee Bee Markets have survived unprecedented shutdowns, weathered the pandemic’s subsequent waves, and pushed through a breakdown in the global supply chain. And yet: He still has that combination of nerves and excitement inescapable in a business where he counts on making about a third of his money in a 29-day sprint between this weekend and Christmas Day.

“Every day is going to matter,” he said.

It’s showtime for Main Street St. Louis. Just like the big box stores, independent retailers rely heavily on holiday traffic to make their numbers. And despite supply chain woes and a lingering pandemic, a half-dozen shop owners interviewed by the Post-Dispatch last week have high hopes for the season.

They’re coming off one of the more nerve-wracking years in recent memory, when spiking COVID-19 cases turned the prospect of the usual Small Business Saturday crowds into a public health threat.

Michelle Barron, owner of The Book House in Maplewood, required in-person shoppers to make appointments to avoid crowding and delivered to the rest curbside. “It was a whole different ballgame,” she said. But she played it well: The traffic to the store, plus a government grant, slimmed-down staffing and a boost in online sales, was enough to survive in a year when not everyone did.

This website uses cookies to improve your experience while you navigate through the website. Out of these cookies, the cookies that are categorized as necessary are stored on your browser as they are essential for the working of basic functionalities of the website. We also use third-party cookies that help us analyze and understand how you use this website. These cookies will be stored in your browser only with your consent. You also have the option to opt-out of these cookies. But opting out of some of these cookies may have an effect on your browsing experience.
Necessary Always Enabled
Necessary cookies are absolutely essential for the website to function properly. This category only includes cookies that ensures basic functionalities and security features of the website. These cookies do not store any personal information.
Non-necessary
Any cookies that may not be particularly necessary for the website to function and is used specifically to collect user personal data via analytics, ads, other embedded contents are termed as non-necessary cookies. It is mandatory to procure user consent prior to running these cookies on your website.
SAVE & ACCEPT
Go to mobile version